Organizing a concert for 13 young music talents and supporting them in recording CDs. This concert was broadcasting by the Hungarian National Television prime time on World Music Day (1st of October) and Christmas day.

Ongoing international relationships, we welcomed guests from all over Europe and also visited a lot of Clubs in Europe 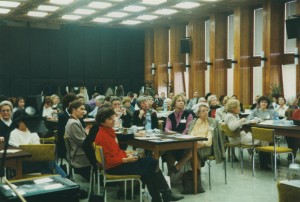 Organizing charity concerts for the benefit of the Hospice Foundation and the Beethoven Program – who teach deaf children how to play music.

In November we have organized the „East-West Discussion on problems in our social systems” three days international conference. The audience was formed by the eastern club members while the western club members were presenting. The aim of the conference was to present the professionalism and ideology of the soroptimism after the regime change.

Aiding large families, supporting families with 8 to 12 children with money. 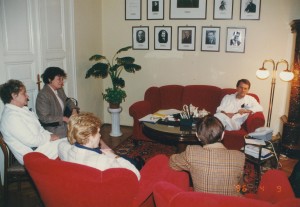 We have maintained international relationships, by organizing the friendship weekend for the club’s 5th birthday.

We inaugurated the Soroptimist Club in Nyíregyháza. We all know that setting up a club is hard work and with this new Club we could confirm the success of the soroptimism ideology in Hungary. 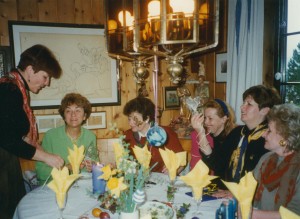 International sorpotimist training was held in Lienz, Germany where our club members could participate.

We have looked after a family in crisis – a mother with diabetes and her son – providing monetary, legal and mental support.

and taught mathematics, English etc. for gipsy students at school. We financed a professional dancer to teach gipsy dances for gipsy children with this to deepen their gipsy identity.

We have initiated an Equal Opportunity course for women. 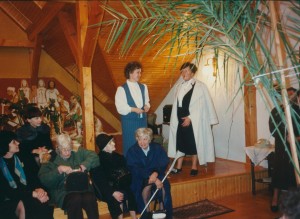 Helping young people suffering from autism and Down syndrome working at the Civitan nursery. We bought large number of flowers to the Óbuda Island to support them

The Hungarian Soroptimist Union was founded in Budapest in September to organize the cooperation of the Clubs in Szeged, Sopron, Nyíregyháza and Pécs.

Carrying on the tuition of the gypsy children, legal support for the gypsy local organization.

We were hosting the children from Vezseny in Budapest after the Tisza flooded the whole village.

Organizing the friendship weekend for the club’s 10th birthday

We organized a charity painting auction in March in Hotel Gellért. With this we were supporting the Hospice and the White Cross Child-Protection Foundations.

On November the 22nd we organized a charity concert for the benefit of the Beethoven Program, who teaches deaf children to play music and the White Cross Child-Protection Foundation.

We carried on the free of charge legal consultation for the gipsy community.

We have supported the Beethoven Foundation with purchasing musical instruments.

On April 22nd we organized a Charity Concert for the benefit of the Hospice and Beethoven Foundations.

We purchased musical instruments for the children.

On November 18th a second charity concert was held within the scope of the Beethoven program where funds were raised for the Rajkó Orchestra.

We have organized a Friendship weekend and from the donations we could support the Beethoven Foundation.

On November 29th we held a charity concert for the Rajkó International Youth Orchestra’s benefit. Money was also offered for the support of the Families’ Interim Home.

International Seminar was organized in Budapest

We provide ongoing support for the Families’ Interim Home.

We supported the Families’ Interim Home with Christmas grants.

The temporary home provides a six month long program for homeless families to reintegrate into society. They receive interim accommodation but as the number of people in need constantly changes the municipality cannot fund every application. Therefore we provide durable food products, diapers, baby food on a quarterly basis.

Financial aid to support the renovation of the Nádasladány Castle.

We donated a HUF 5,000 worth voucher per child to each of the 30-35 families living in the Families’ Interim Home before the festive season.

In May, we welcomed the children from the Families’ Interim Home for a full-day visit at the Budapest Zoo, followed by an invitation for ice-cream.

In September, we sent aid to Felsőzsolca to support the victims of the flood.

In October, we leveraged our international network to draw attention to the red mud disaster and ask €10 donation from all of our Sisters.  Our call was heard and answered across the globe.  We raised HUF 8 million (approx. €27,000), supplemented by another HUF 500 thousand (€1,700) the following year during a Friendship weekend hosted in Budapest.  The Cultural Center was inaugurated in 2011, one year after the tragic event.

In May, we celebrated our 20th Anniversary, organizing a Friendship Weekend with many guests from around the world.  We combined the event with raising funds for the victims of the red mud disaster. Initiated by the Rotary and supported by the Budapest and many international Soroptimist clubs, a new cultural center was inaugurated one year after the tragedy.  A marble plate on the walls of the center reminds the visitors on the event. 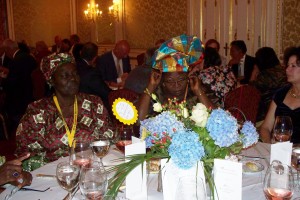 Our project after the Red Mud Disaster received Best Practice Award in July 2012 from the European Federation.

The European Federations’ Governor Meeting was held in Budapest in July 2013.  Our members had an important role in the organization. 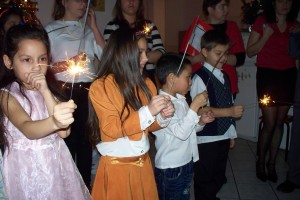 One of our flagship projects is to support premature babies in order to enhance their quality of life.  The so called Dévény Therapy increases the chance of full recovery; hence, we decided do sponsor the cure of selected children.  In late 2013, we started collecting donations for Fanni, who following a brain heamorrhage, was diagnosed with paralysis on the right side of her body.  Thanks to the Dévény method, she is able to walk and use both of her hands today.

In early 2014, we held a successful Charity Wine Dinner to foster Fanni’s support. 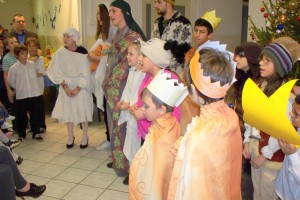 All year around, we supported the rehabilitation of Dávid.  His mother was 24 months pregnant when suffered heart attack.  The doctors could stabilize her cardiovascular condition until the birth of Dávid; however, her brain damage proved irreversible.  Born premature, Anna Dévény’s therapy facilitates his progression; yet the costs cause difficulties for the family to cover.  Our Charity Dinner in March, hosted by Zséda, aimed to support Dávid and his family.  The auction of Judit Józsa’s statue, Saint George the Dragonkiller, also substantially contributed to the success of this event.

As every Christmas, we supported the Families’ Interim Home with our donations.

In the framework of the campaign “Elimination of violence against women” we have placed flyers in the premises of Magyar Suzuki Zrt, a Hungarian car manufacturer with 3000 employees.

We held our ceremonial club meeting on the 13th of January, where we celebrated our 25th anniversary.

We are grateful for financial, material or any other type of contribution.

On the bank transfer please quote the purpose of the support.